Topics are selected by EASAC Council on the basis of advice from the Environment Steering Panel and can encompass a wide range of environmental issues of priority interest to the EU (such as climate change, air and water quality, wastes and resources, biodiversity, ecosystems and sustainability). In accordance with EASAC's comprehensive quality control procedures, Environment Programme reports are submitted to external peer review before being endorsed by all of EASAC's member academies.

See list of all publications of the EASAC Environment Programme here.

Since 2018, work under the auspices of the Environment Programme has comprised the following (in order of publication):

The EASAC Environment Programme is guided by the Environment Steering Panel (ESP) which meets twice per year under the Chairmanship of Professor Lars Walloe. Their Programme's Director is Professor Mike Norton. 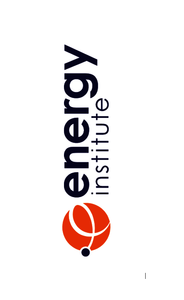 Up in smoke – could subsidies for BECCS increase emissions?

All Events
No events available.

Neonicotinoids (neonics) are a group of synthetic pesticides used to control insect pests. The most widely used…
Read more

Bioenergy and its role in Integrated Assessment Models - a Forest Bioenergy…